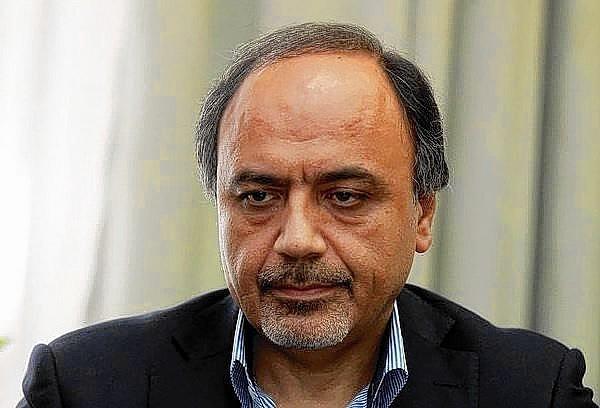 WASHINGTON — The Obama administration on Friday said it would bar an Iranian diplomat nominated as United Nations ambassador from entering the country, in a rebuke to Iran at a time when the United States is engaged in delicate negotiations with Tehran over its nuclear program.

The unusual decision follows a political tempest on Capitol Hill related to the diplomat’s involvement in the 1979-81 Iran hostage crisis. But American officials said they did not expect the decision to disrupt the nuclear talks, which involve five other major powers.

The White House and the State Department did not give a specific reason for refusing to issue a visa to the diplomat, Hamid Aboutalebi, who was a translator for the militant student group that stormed the American Embassy in Tehran in 1979 and held Americans hostage for 444 days.

By not explicitly rejecting the visa application, the White House appeared to be leaving Iran a way to resolve the standoff. It can withdraw Mr. Aboutalebi’s nomination, claiming inaction on the part of the United States and saying that it needs to fill an important diplomatic post.

On Tuesday, after the Senate voted unanimously to bar Mr. Aboutalebi from the United States, the administration said it had warned the Iranian government that his nomination was “not viable.” The House unanimously passed the same legislation on Thursday.

“We certainly share the intent of the bill passed by Congress,” said the White House spokesman, Jay Carney. “We have already told the U.N. and Iran that we will not issue a visa.”

Before deciding whether to sign it, President Obama will review the constitutionality of the legislation, which would ban any would-be United Nations representative who has been involved in terrorism or espionage against the United States from entering the country, Mr. Carney said.

Under a 1947 law that established the headquarters of the United Nations in New York, the United States is obligated to issue visas to diplomats assigned there, even those it finds objectionable. But the United States has reserved the right to turn down people based on concerns over security, terrorism or foreign policy issues.

Administration officials did not dispute suggestions that Mr. Aboutalebi’s role in the hostage crisis was the cause of the action against him. “I think it’s fair to say that the discussions around this, the reporting on it, the views expressed in the discussions on Capitol Hill, and in the legislation itself reflect our views,” Mr. Carney said.

In a statement on Friday, the Iranian Mission to the United Nations said, “It is a regrettable decision by the U.S. administration, which is in contravention of international law, the obligation of the host country and the inherent right of sovereign member states to designate their representatives to the United Nations.”

Mr. Aboutalebi issued his own criticism, saying on Twitter that the United States, “legally speaking, has initiated a new and unprecedented path, and that is to violate the international conventions of the country by national parliamentary approvals,” according to a translation of the message, which was written in Persian.

The dispute over Mr. Aboutalebi’s nomination came as the United States and Iran have sought to defuse some of their tensions, working on an agreement over the Iranian nuclear program.

Administration officials, however, said the subject did not intrude on the last round of negotiations, held in Vienna, and they predicted that it would not affect the chances of an agreement, since the Iranian government had other motivations to conclude a deal.

“They have their own reasons for that, including the impact of sanctions and their desire to deliver on” the promise that President Hassan Rouhani campaigned on, said the State Department spokeswoman, Jen Psaki.

While there are still significant gaps between the two sides, diplomats from Iran and the major powers are expected to begin drafting the language of a final nuclear agreement at the next round of talks in Vienna, an American official said.

Senator Ted Cruz, a Texas Republican, and Representative Doug Lamborn, a Colorado Republican, were sponsors of the legislation to block the diplomat’s visa. The unanimity of the votes on the measure underscored the political liabilities of looking weak on Iran, which many Democrats and Republicans have described as a malevolent adversary, despite the administration’s efforts to ease tensions.

“It is great to see Congress send a strong, bipartisan message that Iranian evildoers will be treated like terrorists, not tourists,” Mr. Lamborn said in a statement.

Iran’s foreign minister, Mohammad Javad Zarif, an American-educated diplomat who once held the post of United Nations ambassador, had signaled before the House vote that Mr. Aboutalebi remained Iran’s choice.

“We have told the Americans that we have introduced one of the most experienced, logical and ambassadorial individuals,” Mr. Zarif said Wednesday in Vienna.

Despite the sharp language, some American specialists on Iran said they did not foresee the dispute sabotaging the broader efforts aimed at achieving a nuclear agreement.

“We expect diplomatic bickering for the next couple weeks, probably followed by a new nomination from Iran,” said Cliff Kupchan, an Iran analyst at the Eurasia Group, a political risk consulting firm in Washington.

‘Terrorism’ at the World Court: Ukraine v Russia as an Opportunity for Greater Guidance on Relevant Obligations?

The Difference between Rhetoric and Reality: Why an Illegitimate Regime May Still be a Government in the Eyes of International Law